Download Dev-C ++ Programming Software. Dev-C ++ is an IDE (Integrated Development Environment) for the programming language C and C ++. It has an editor (that supports autocomplete, syntax highlighted with different colors, etc.), code debugger (debugger), compiler (using MinGW but can be integrated with other compilers) and has the ability to create executable (.EXE) Windows and DLLs. The IDE also has a class browser and a project manager. Has a set of libraries for use in any project.
The C ++ compiler is simple, easy to use and free, perfect to start programming, why recommend in schools. When starting a new project templates are available that are helpful when you are not familiar with the language syntax. The development of this project had been abandoned for a while, but recently has been taken, and now known as Orwell Dev-C ++. Improved performance and stability, and possibly have corrected the bugs which will be discussed in the following paragraphs (corresponding to the version of the previous project) and have been repaired. We hope your comments if you to try the new application.
The application has built some details which at first seem not so important, but it can assist a programmer inexperienced, for example, when trying to run a project that is not yet compiled, it warns the user and you are encouraged to compile. Dev-C ++ work correctly on XP, but Windows Vista and 7 have to change the settings as is explained in the next tutorial. 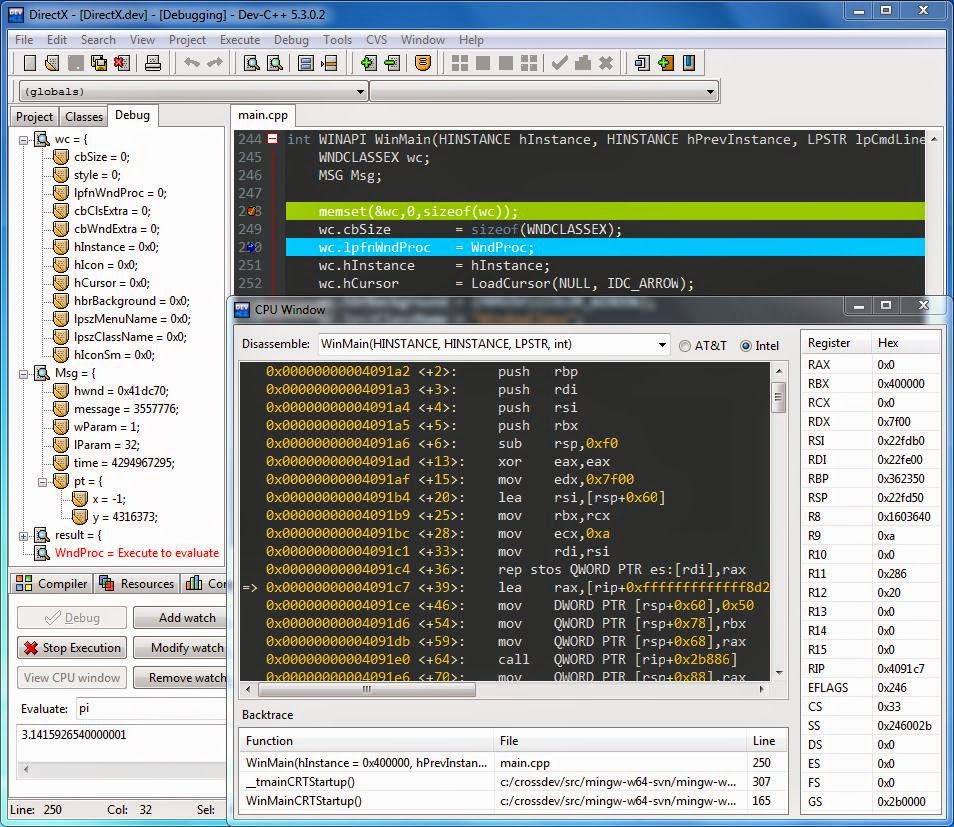 Another common problem that users of this application include installation is conio.h library, which is explained in the following video. Dev-C ++ 5.8.3 is the latest version, updated in December 2014, which is available in Spanish and can be downloaded free.
DOWNLOAD SOFTWARE:
Download Dev-C ++ Programming Software