GeoGebra Download - Software for Education and Science. GeoGebra is an interactive program for teaching and learning mathematics, covering geometry and algebra, and is aimed at high school students or any user that interests mathematics. GeoGebra offers three different perspectives of each mathematical object: Graphical View (graphically representing mathematical objects such as points, vectors, segments, polygons, functions, curves, straight lines and conic sections), Algebra View (coordinates of points, equations) and Vista Leaf Calculation (cells).
With GeoGebra can work with angles, vectors, matrices, conic sections, predefined functions, Boolean variables, complex numbers, and so on. The application allows the study of any kind of functions such as linear, exponential, logarithmic, trigonometric functions, and so on. Lets calculate and graph derived, and integrals. GeoGebra Version 5 introduces several changes from the previous version 4.4, among which we mention the following:
The interface is renewed and enhanced in visual appearance.
New items are added, such as: functions of several variables and implicit curves.
New tools added: text fields and pencil, among others.
The ability to add scripts to objects (GeogebraScript or JavaScript) is incorporated.
Exporting to GIF format.
Support for SVG files.
Allows working with (3D) three-dimensional figures, including movement functions, rotation, translation and zoom.
This is undoubtedly a very complete to apply mathematical analysis, which has been awarded, rewarded and highlighted in various media educational software. It has a manual in Spanish, to become familiar with the tool, which explains the steps to create mathematical constructions, and also can be found on the compatibility with previous versions. 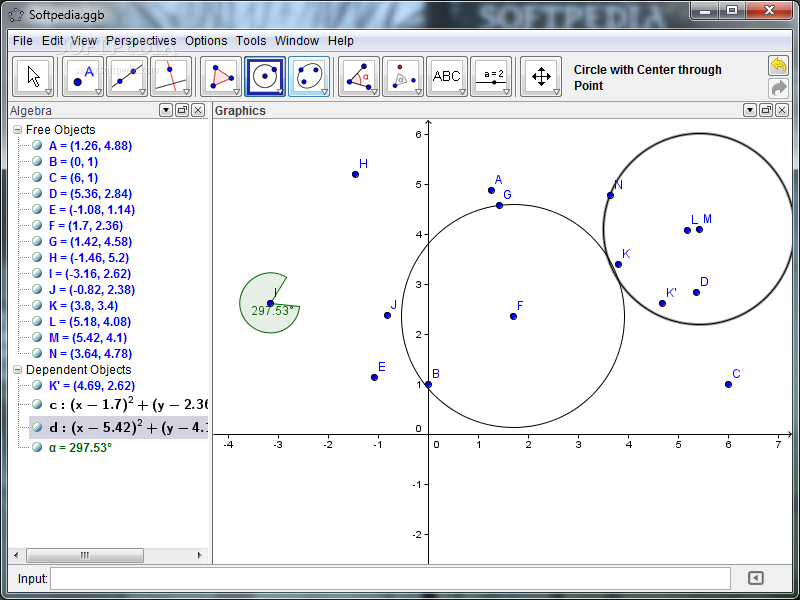 GeoGebra 5 (5.0.61.0) is the latest, updated version in January 2015. It is available to download and free to use the following desktop platforms: Windows, Linux (Ubuntu, OpenSuse and Devian), Unix, Mac OS X and Also for school XO; as well as available versions for mobile platforms that can be installed on phones with Android, iPhone or Windows Phone.
DOWNLOAD SOFTWARE:
Download (Windows)
Download (Linux, Android and other operating systems)