HyperCam Download. HyperCam is a program that allows you to capture what you see on screen and save to video (AVI). Microphone by, you can record voice and sound to accompany the images. Besides sound you can add text to video, so this application is very useful for presentations or tutorials. It also serves to record the development of a game or other activity conducted on the PC.
There are several options to configure, for example, if you capture full screen or a window or region thereof; if displayed (or not) the movement of the cursor; if the sound recording or remains silent, besides other possible configurations.
The application lets you select the type of compression and frame rate (frames) to determine the quality of video obtained. HyperCam 2.29.01 is the latest update (June 2014) of this version now released for both personal and commercial use, that can be installed on Windows. From this version no longer inserts the watermark with the text "Unregistered Hypercam" on the recordings. 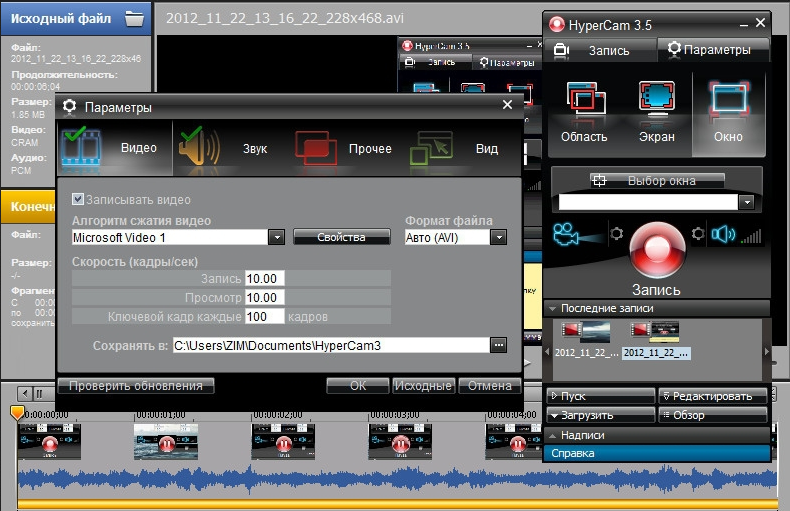 The application meets its job properly capture, being a good alternative to Camtasia to consider, but not including advanced editing tools like video that can be found in that other capture software (not free). You have another version (HyperCam 3.50) that offers greater amount of functionality: record Skype calls (audio and video), edit the captured videos, and other functions. That issue does require a license for use.
DOWNLOAD SOFTWARE:
Download HyperCam