SCREEN2EXE Download. A program to capture screen. SCREEN2EXE is a program that allows video capture what happens on screen, such as: mouse movements, changes in windows, the operation of an application, and any other activity. This application can be useful for programs or tutorials to show the operation of an operating system, or use didactic presentations.
SCREEN2EXE can save the recording in AVI format, but also as an executable EXE file, which when run will start playing the video (without players or other programs). This is the only limitation regarding the product SCREEN2SWF, which can record video in SWF. SCREEN2EXE is free, while SCREEN2SWF can download a trial version for 60 days. 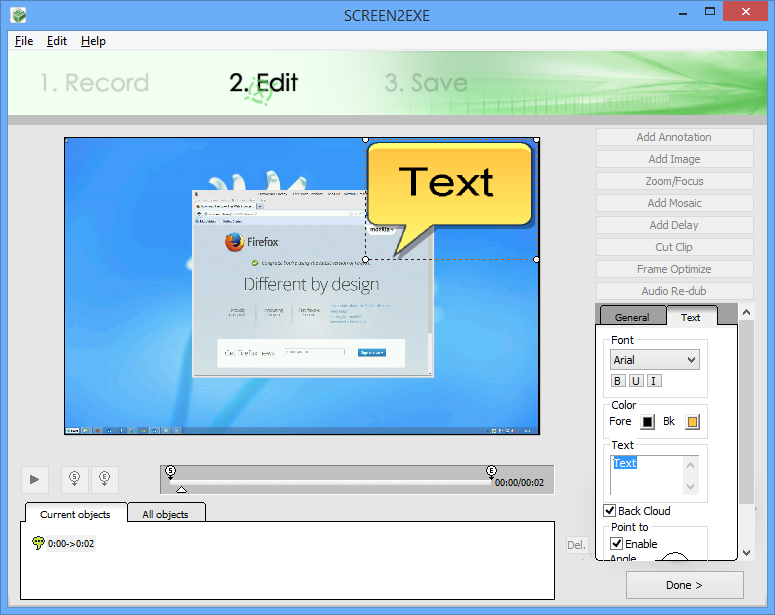 Both applications can incorporate animation voice from the microphone. In addition to configure several aspects, such as video quality, frame rate (frames ratio), if you record full screen or a selected area, and so on. You can achieve a very good resolution of video in a space. SCREEN2EXE 3.6 is the latest version of this desktop capture software that runs under Windows.
DOWNLOAD SOFTWARE:
Download free SCREEN2EXE