Plustek SmartOffice PS456U Scanner Driver. The Plustek SmartOffice PS456U has won the prestigious award for the high technological level, the high scanning speed, which in black and white mode (up to 80 ppm / 160 ipm) was the maximum reached by an A4 scanner among those tested, the full range of features and the extremely competitive price. This Plustek SmartOffice PS456U has also distinguished itself for an average life of the roller above the norm, particular accuracy in the OCR and for not having suffered any speed slowdown during the scans in black and white mode, even with an increase in resolution. It was then appreciated the supplied scanning utility, which allows you to create up to nine customizable profiles for the most frequent operations, as well as to save the scans directly in searchable PDF format. Another important aspect of Plustek SmartOffice PS456U scanner is the recommended retail price, which is close to the price range of solutions that offer only a third of the black and white speed capabilities of the PS456U. In fact, the suggested price was about 43% lower than the average of comparable A4 scanners.

The Plustek SmartOffice PS456U offers a very high scanning speed in black and white at an extremely affordable price, without compromising on quality, Plustek is pleased to be among the winners of the 'Outstanding Achievement' award awarded by Buyers Lab," said Mark Druziak, Director of Marketing & Business Development at Plustek USA. "We are really pleased that our SmartOffice PS456U scanner has received such an important recognition from such a prestigious organization, and having won in the 'Value' category is a confirmation of Plustek's commitment to offering the best products to an affordable price." Plustek SmartOffice PS456U features a 100-sheet automatic document feeder that can handle business cards, checks and documents up to 98.4 "long. SmartOffice PS456U also comes with a variety of software programs to simplify the digitization process, including BizCard Business Card Scan Finder, ABBYY FineReader Sprint Plus for document conversions, Plustek DI Capture for document management and Plustek DI Express, for accurate character recognition (OCR) in Asian languages. 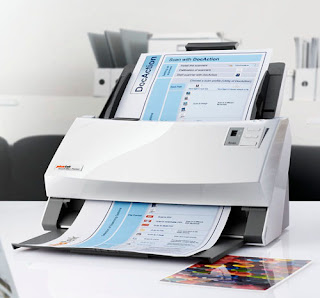